It’s not new for Bihar to be known for its folk arts and one such folk art that made it to the global platform would be Madhubani painting.

Known for its bright and vivid colors, unique shapes and geometric designs Madhubani has seized the interest of many till date.

Originating from the village of Madhubani, a region in the northern part of Bihar, this style of art dates centuries back.

The painting is mainly carried out by the women of Madhubani and the people of the Mithila region of Bihar. Initially, the painting was carried on the surface of mud walls of houses but nowadays it is also done on cloth, hand-made paper, and canvas. Traditionally rice ground into a paste was used to make the artwork, bamboo sticks with cotton were used as a brush and the colors were derived from the plants.

Madhubani paintings mostly depict Hindu religious motifs and nature. Natural objects like the sun, the moon, and religious plants are also painted. Previously these paintings used to be made on important dates, to mark the ceremonies like weddings, festivals, religious events, and many more. The exact date of origin, of this art, is unknown but is believed to be around the time of Ramayana. Another ancient art is known as Bhitti – Chitra in Bihar played a huge role in the emergence of this new form of painting. The original inspiration for Madhubani art came from the women’s craving for religiousness and an intense desire to be one with god.

People like Pupul Jayakar, Raymond Lee Owens, Bhaskar Kulkarni, Upendra Marathi, and Lalith Narayana Mishra played a major role in the preservation and promotion of the art nationally and internationally.

This art is known for its raw originality. It has been passed down from one generation to another due to which there have been some changes but the style and the content have remained the same moreover. Now a day’s more and more people are learning and mastering this art form. Therefore, one can say this art form to be well known in the world of art and craft. 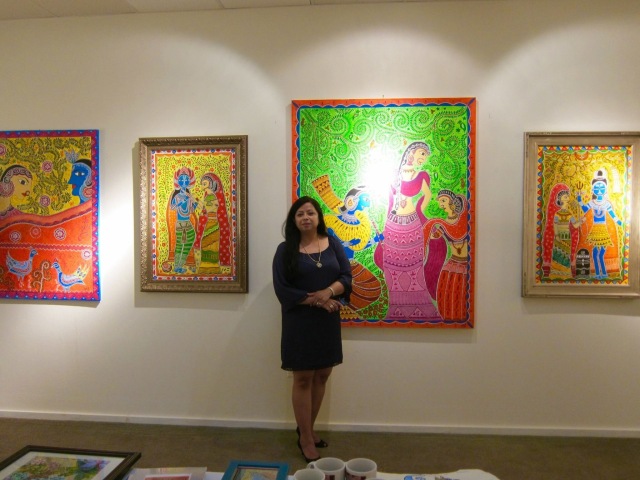 In the present day, art has a huge market value not only in India but in the International market as well.